First Annual Preppers Expo June 27th, 2013
If your lucky enough to be in Denver this weekend and want to meet and hangout with a bunch of other like-minded preppers, then head over to the Denver Convention Center before they all Bug Out and disappear underground for another year. In light of the the two successful reality t.v. shows, Doomsday Bunker's and Doomsday Preppers, this market is exploding with activity and as a result, spawned the First Ever Doomsday Expo held in Beautiful Colorado. Dam I wish I was there. We were planning on going (about 240 miles from here) so I could get some videos and pictures of this historic event. By the looks of the Coliseum Map showing all the vender's selling survival and prepper related item's, they had a much bigger turn out then I was expecting being the very first Doomsday Expo and all. Unfortunately we had our own emergency and could not make it, but we will be at the next one. Did I say dam it?

Some may get the wrong idea about what the Doomsday Expo will have on display. It's not exactly a very inviting word you have to admit. But the fact is, if your any type of outdoors person at all you could benefit from attending this show. Just some of the other exhibits include Camping, Hunting, Fishing, Guns, Ammunition, Gold Prospecting, Off Road Vehicles, Agriculture and even Military Recruiter's will be on hand. It sounds like a heck of a good time to me!
Read more »
No comments:

First Episode Premiere of Doomsday Bunkers on The Discovery Channel???
(Part 1 of 3 Recap)

Within a few weeks after the Doomsday Preppers first Premiered on the National Geographic Channel on February 7, 2012, The Discovery Channel launched their own version Doomsday Bunkers on March 7, 2012. Both survival shows are about folks prepping for the unknown future our world holds for us and most likely had a lot to do with the coming 12/21/2012. The Show wastes no time diving into the almost secret world of Doomsday Preppers and the great lengths some people are preparing for many different types of catastrophic events that would change the world as we know it, forever.

The Doomsday Bunkers Show gets started off by introducing Scott Bales, the owner of Deep Earth Bunkers that build custom underground shelter's from several thousand dollars to several million depending on the customers request. What started off as a business building storm shelters, has now grown into a very profitable business building underground bunkers that resemble more of a modern day home above ground with all it's amenities.

Scott starts the show by showing one of his finished underground bunkers that is in the process of being completed on the preppers site which for obvious reason's is always kept secret to it's locations whereabouts. The furniture is in and the shelves are stocked to the gill with food and supplies to last several months if ever needed. As with most underground shelters that Deep Earth builds, there is usually custom features that the preppers request, and this build is no different. They come furnished with with full bathrooms and toilets, but this one comes comes complete with its own Bodee.
Read more »
No comments:


The Survive A Storm Factory is a top end tornado storm and survival shelter manufacturer located in Thomasville, Georgia. Working out of their massive 80,000 square feet complex, the Survive A Storm Team makes a variety of shelters including residential shelters, underground bunkers, community safe rooms, bullet proof personal safe rooms and of course their popular tornado shelters. If your looking for a quality built underground shelter that wont break the bank to buy one, these surprisingly portable survival shelters may be just what your looking for.

The Underground Tornado and Storm Shelters built by Survive-A-Storm are all FEMA 320 and ICC-500 compliant that's been tested by the Wind Research Institute at Texas Tech University. They can easily be buried completely underground with the minimum amount of digging while keeping the maximum amount of height room while inside the shelter.

﻿﻿﻿﻿﻿
The Rising Steel Company (RSC) makes some of the best steel bunkers, fallout shelters, tornado shelters, safe rooms and oil field shelters on the market. Every shelter is made with 100% steel and can be customized to meet your particular needs and requests. The Rising Bunkers Survival Shelters starts with the 10' x 20' Basic Model and goes up from there to the Luxury Model with a full 1776 square feet of underground security.

The 10' x 20'  RSC Basic Underground Model comes equipped with a Security Door, Double Bunk Beds, NBC Air Filtration System, Sink, Composting Toilet, Food Storage, Water Pressure Pump, Evacuation Tank, LED Lighting and a TV/DVD Combo. All energy needs are generated from a Solar Charging System with battery supply which is also included. All the Bunkers are also sprayed with a special coating that protects the steel exterior with a 150 year guarantee from rust and mildew. This Model Upgraded costs approx. $61,000.00 with includes everything to be self sufficient.


The 10' x 30' Base Underground Model starts at $70,000.00 which gives you 50% more living space which you can further customized your Shelter with several more options. All the furnishings in the Basic Model are also included in the Base Model. There are several other Models of various Survival Shelter's to choose from all the way up to their Luxury Underground Shelter's that come with a Luxury price tag.
Read more »
No comments:

Doomday Bunkers Made with 10' Corrugated Pipe

Atlas Survival Shelters is another company seen on T.V. quite a few times for their innovative ways in constructing their underground bunkers made with 10' galvanized corrugated pipe. Some of the Shows Atlas has been featured in include Doomsday Preppers, Shipping Wars, Storage Wars and Extreme Survival Bunkers to name just a few.
Obviously if your going to make the financial commitment to buy a survival shelter, the main thing you want is keeping it a secret and having as few people know its location as possible. The first thing you see on the Atlas website is their commitment and their #1 priority to do just that. In fact there is never a paper trail throughout the process and all transactions are done via wire transfers.
﻿﻿All of Atlas Survival Shelters are made out of 10' galvanized corrugated pipe which is strong enough to be buried 42' deep underground with an estimated lifetime of 200 years. The average Survival Shelter is buried 10' deep where as metal boxed shelters usually are just under the surface with 2' to 3' of cover. The main benefit for going deeper in the ground is your shelter will stay much more cooler in the summer months.
Read more »
No comments:

If your the Discovery Channel and your going to make a Show about Doomsday Bunker's, then it's in your best interest to find a reputable Survival Shelter Business that offers custom quality bunkers. That's exactly what they found in The Deep Earth Bunker's out of Dallas, TX. Owner Scott Bales has been featured on the Doomsday Bunkers T.V. Show since the very beginning in Season 1. Throughout the Show it has Bales continually brain storming on other types of shelters that can save lives and add to his impressive list of survival bunkers Deep Earth carries.
﻿﻿


The Deep Earth Bunker's are known for building quality shelters that resemble a modern condominium more then they do a Doomsday Bunker. With this well known and hard earned reputation with Hard Core Prepper's, Bales has completed projects the size of mansions buried under the earth with price tags going as high as $10 million. They can custom build your Doomsday Bunker for just about any size you can dream of with the average underground shelter approx. 1300 square feet.

As busy as Deep Earth Bunker's crews were working before The Discovery Channel featured this company, they are now working a lot of overtime and hiring new employee's to keep up with demand. With over 16,000 new requests for just the underground bunkers alone, I would expect they will be busy for some time to come. This is not even taking into consideration some of the new survival shelter's Bale's is continually adding to the line up. Yes, Scott is even working on a Sand Rail Dune Buggy with built-in turrets as his latest new project hopfully on this season of the Doomsday Bunkers Show.

﻿
One of the main problems with private survival bunkers designed for your immediate Friends and family is the solitude of living in cramped quarter's for an extended period of time. What if there was a big enough bunker underground that could hold a small city with plenty of room to roam around, yet keep you safe and secure for up to a full year. Vivos Underground Bunker and Resort will have everything you need to survive a disaster with plenty of like-minded individuals to keep you occupied while you plan for what the future will now hold.

The Worlds largest Doomsday Bunker is coming to Atchison, Kansas which will hold up to 5000 people when completely finished and prepped for an entire years worth of supplies. One of the biggest advantages  having an underground complex as big as this 2 million square foot underground cave is the protection it will offer. If nothing else from the shear numbers of preppers inside to help defend from just about anything that even thinks of getting inside this fortress. ﻿﻿﻿﻿ 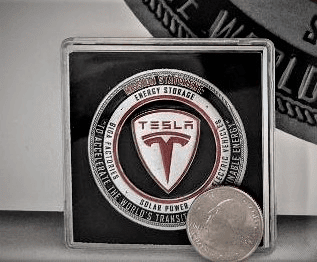